As you friends know, P’tite Mignonne recently took up knitting.

She chose a soft, soft yarn in her very own colours; and picked a project with a pretty name, Abalone, because it rhymed with her name (*ETA yes, it rhymes in French!* and yes, she can be a bit self-centred that way…). She was very careful to knit a (couple of, actually) gauge swatch(es) before starting on her project… 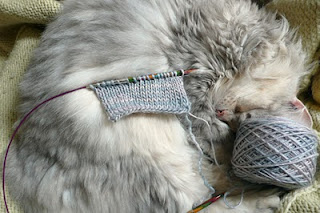 With the help of online tutorials she managed to read her way through the pattern. She was quite diligent in blocking her finished creation, although also very tempted to take a nap on it. 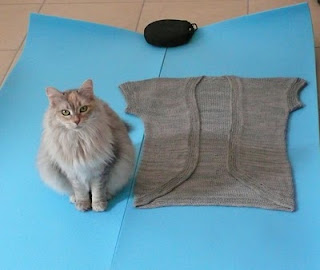 (Am I still not allowed to sit on it?)
The best part, however, is that even though she (claims she) was the one wielding the needles, I get to wear the outcome. 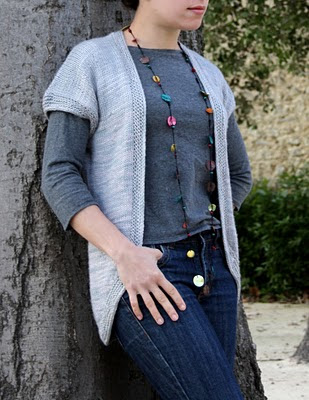 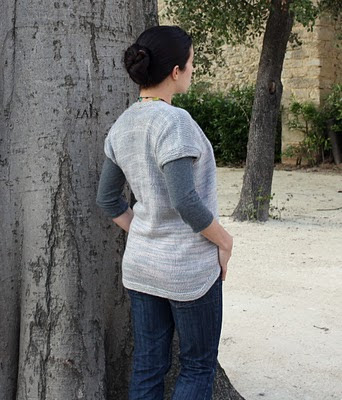 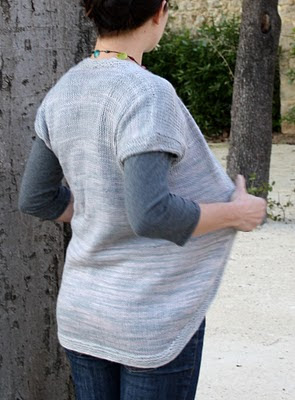 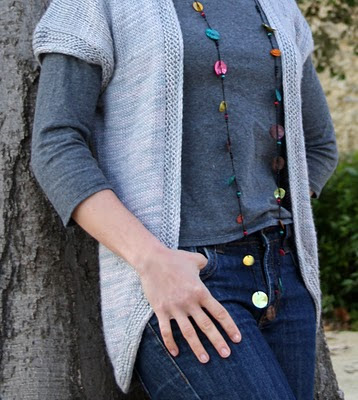 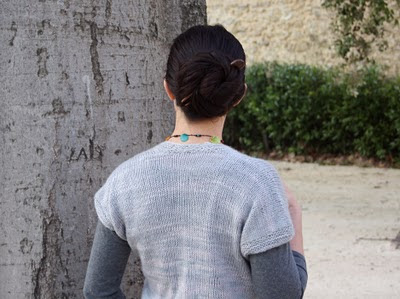 The one part P’tite Mignonne cannot claim as her own, though, is the top. You see, P’tite Mignonne still hasn’t mastered the sewing machine quite yet. I have decided to make myself some basic, fitted tops to layer under all the knits I (or should I say we) plan on making. 🙂 This one is a great little number from Hot Patterns, the Plain and Simple Fitted T-Shirts, which are indeed exactly that. 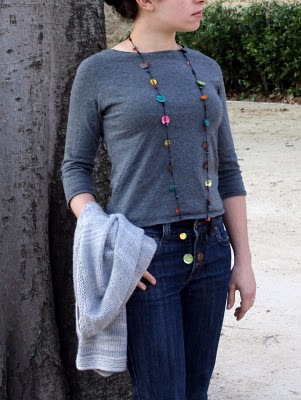 I have to confess, however, that I still haven’t mustered the courage to make my own jeans. 😉
—
As you can see, I have become quite enthusiastic about knitting. Well, the mere prospect of learning how to knit was hugely exhilarating from the start, and I am now super excited about this whole new creative world that has opened up for me. Tackling a cardigan as a second project may seem a little crazy, but if you’ve been reading this blog long enough – you know I am crazy that way!